“His thoughts were weary and he felt a little sad to be so very old, for it meant he had not much time left and would have to content himself to what he knew already”


Romain Gary in “The Roots of Heaven” 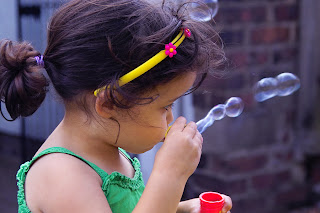 In the next posts I will explain what Light is, as simple as I can. The repercussions of these explanations are one of those Rumsfeld’s judgements, typically the unknown unknown.

I would have never arrived to the statements I am going to elaborate if it was not for my passion for Photography, mostly digital Photography with a Foveon sensor. The thought process that led me to the stage I am today, started with what I shall call an anomaly. Something did not look right and even if I show you what it was, it might not look right for you too. It started in August 2003 when I was looking to buy a DSLR and came across a dpreview of the the Sigma SD9; it was not the entire review but just something on this page and described as “night exposure bug”. This could be explained and dismissed as a technicality, but the phenomenon triggered a sequence of thoughts that made me question what was fed to me by books, media, scientists… With my SD9 I could replicate this ad aeternum for shutter speeds slower than 1 second.

In the beginning of 2007 I had a strange invitation to expose my views to some Sigma users in Death Valley, coinciding with the PMA in Las Vegas. I never went! It is now 4 years later. If I had, please imagine a gathering of good minds around a fire, on a cold night, with the entire Universe above us, Milky Way, stars, galaxies, discussing it, as many Humans have done in the past. I would have talked for ages, as I do, without interruption, as I don’t like to be interrupted and this is what I would have said

There is an historic irony in the awarding of the 1921’s Nobel Physics Prize to Albert Einstein. This Prize was given for the “discovery of the mechanism of the photoelectric effect plus for services to Theoretical Physics”. Einstein must have been livid! “Achh zo… I revolutionise the entire Physics world, discover the Theory of Relativity, the equivalence of mass and energy and get a “gong” for that creepy photon? This is a joke!! Plus this photon only brings me problems, it does not quite fit with the Copenhagen guys who say that everything is a wave, spend their time ridiculing me, it just fuels their antagonism towards my General Relativity Principle… I hate photons! Forget about them!” And I think he did. At the time no one understood quite well Relativity, including the Royal Swedish Academy of Sciences (some say that even today hardly anyone does) and he received a prestigious award, because they could not ignore him anymore. On the other hand they could not afford being ridiculed by mentioning a still young and hardly proved Theory of Relativity on his prize. In the end Einstein received the Nobel for what it has been considered a “minor discovery”, the photon… a bit like Lawrence of Arabia receiving his DSO for “how graciously he dismounts of a camel”.

Einstein’s discovery is by no means “minor”. It has probably been overlooked, which is bizarre, because photons are everywhere. But even if they are everywhere they are very difficult to visualise. As Light travels, it must be a wave, a bit of radiation flowing through space at incredible speed and this wave concept of Light generated the biggest scientific discussions between Quantum Mechanics and Relativity, Einstein trying to find Everything in the Right Place and Niels Böhr with a world Full of Uncertainty.

Photons travel at the speed of Light, because they are Light, particles of Light. How they travel is not yet relevant for this discussion but we will get there later on. The English language has a singular beauty with this word… Light. It means light as of illumination but also light as of… not heavy. According to Einstein photons have no mass, they are made of Nothing, pure energy and as a Nothing particle, they occupy no room, no space at all, they are in the tiniest place you can imagine, an infinitesimal point. That is the wrong visualisation of a photon. It has no mass for certain but it is not an infinitesimal point…

… and at this moment, in the middle of the starred night of the Death Valley, I would have picked up my daughter’s little plastic bottle, filled with soapy water and I would have blown a burst of bubbles into the fire. “There’s your photons!”

Photons are not infinitesimal points, there's no point for them to be points! They are infinitesimally thin… well… hollow spheres. Their energy can be compared to the resident surface tension that keeps a bubble together flowing in the air. Sometimes they “burst” in mid-space (and I will explain this process later), sometimes they hit something, transfer their energy to become visible when they "die".

What is the size of a photon? Do you remember your Science classes when your teacher said that an egg (chicken, ostrich...) is the biggest single cell in the Natural World? So is a Red photon. It will have a radius of 700 nm (nanometres) and it is the biggest visible quantum type particle you can find.

Ah… I forgot to tell… Everything is made of photons! Not bad at all Albert, for a “minor” discovery.
Labels: Böhr bubbles DSO Einstein Foveon Light Nobel Prize photon Quantum relativity