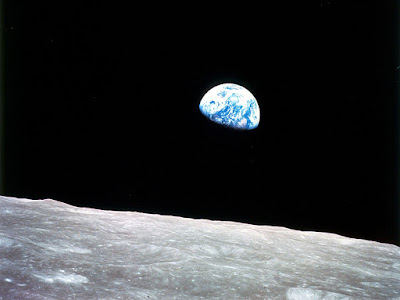 
Monday, 9am Corporate meeting at MustBe Inc.
Chairman: Good morning everyone, this meeting is now open for new ideas, who's going first?
Little John: Me!Me! I have this brilliant idea that is going to create a revolution for mankind and bring enormous revenue for this Corporation.
Chairman: Go on then.
Little John: I do not have all the details, but I though about this in my bedroom and it is this machine that is going to make life so easy for humans, no energy at all.
Chairman: Do you have any costs for it?
Little John: Oh yes. It is going to cost at least $100 billion on R & D, but the profits are going to be ginourmous.
Chairman: Have you tested or discussed this with anyone?
Little John: No! I have not tested this with anyone but I have discussed it with my mum and she loved it.
Chairman: Your mum loved it? Let's do it then!

You may think that the above is quite ridiculous but that sums up the current mindset of Science including Physics, Astronomy and Astrophysics. The reality is that we have a sample of 1, our little planet, a few formulae and we built up this Universe and universe of conjectures by an inane process of extrapolation, mostly by starting any phrase with the words "There must be..."

That leads me to the Drake "Equation" which has caused a lot of damage in the scientific milieu. Because it was shown as an "equation", after a while it became an Equation, as it is disguised in a mathematical format with that insidious "=" symbol and to be honest, today's scientists are not that smart. Its value is mostly 0 (zero) and there are baking recipes that are so much more accurate than this one. Here it is in all its glory:


and dissecting it we have:

All the unknowns above are such because they are all extrapolated and based on a sample of 1. This means that most of the science programs you watch are hardly any different from the science fiction ones, as there is no back up for it. We humans know very little outside our planet and like god, tend to built everything at our own image. To my knowledge, we are desperately alone in this universe and until anyone lands on our planet (on Independence Day or not), we should avoid any extrapolation and speculation.

I end up with the following questions and subsequent answers:

I could carry on... Based on the Drake "equation" the answers above will always be no too. Why? Not because it is totally impossible, but because our scientific "racism" does not allow anything like us or like our history to exist out there... something similar? Oh yes... an alien with 3 eyes and 10 legs can exist but humans, dogs, sharks, no! Surely if you tweak the Drake equation above with the relevant factors, like Ao (agent orange), you will have a N of at least 5, which means that there are for sure 5 Donald J. Trumps living in the Universe (not 5 deluded parallel ones) somewhere, as scary as this thought may be. But scientists will tell you that is impossible (sarcasm and statement at the same time).

What is the point of proofing that Planet Earth is not in the centre of the Universe, just a speck of dust on the suburbs of our galaxy, mocking the centrist views of Papal Rome pre-Galileo, when all our scientific thoughts are?